How can I search using Ethnicity?

Click on the Ethnicity/Religion/Language criteria set to bring up the pop-up window with this option. 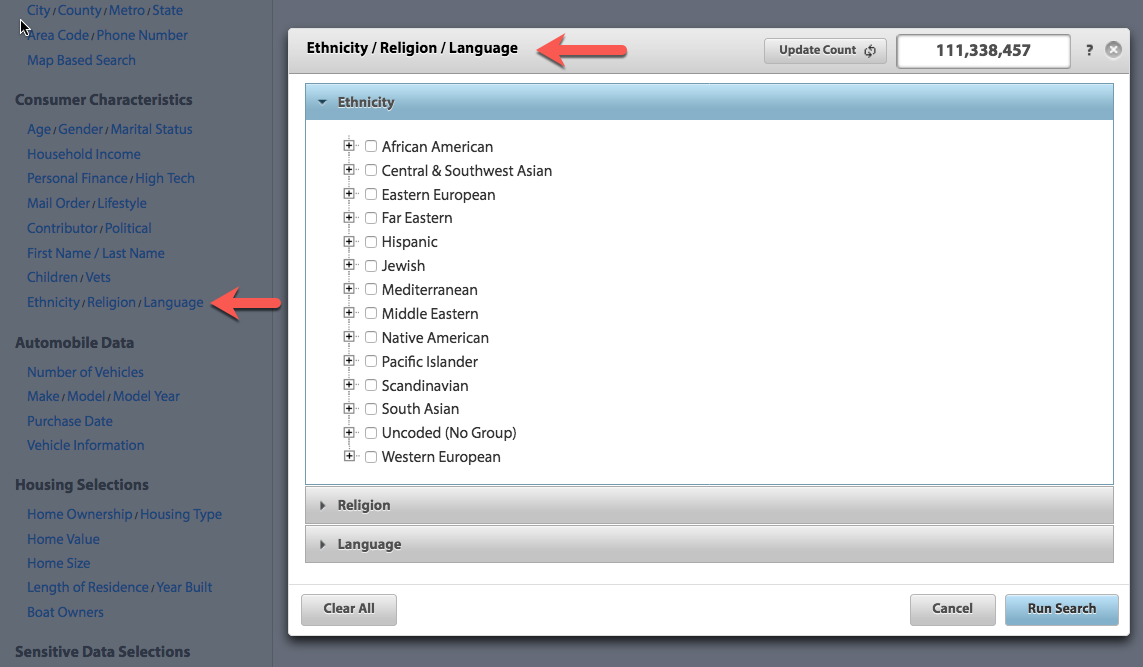 Ethnicity signifies an individual’s affiliation with a particular racial or cultural group. Many minority groups in the United States maintain a strong ethnic identity, recognizing and practicing traditional cultural norms.

Can’t find what you’re looking for? Let us help.